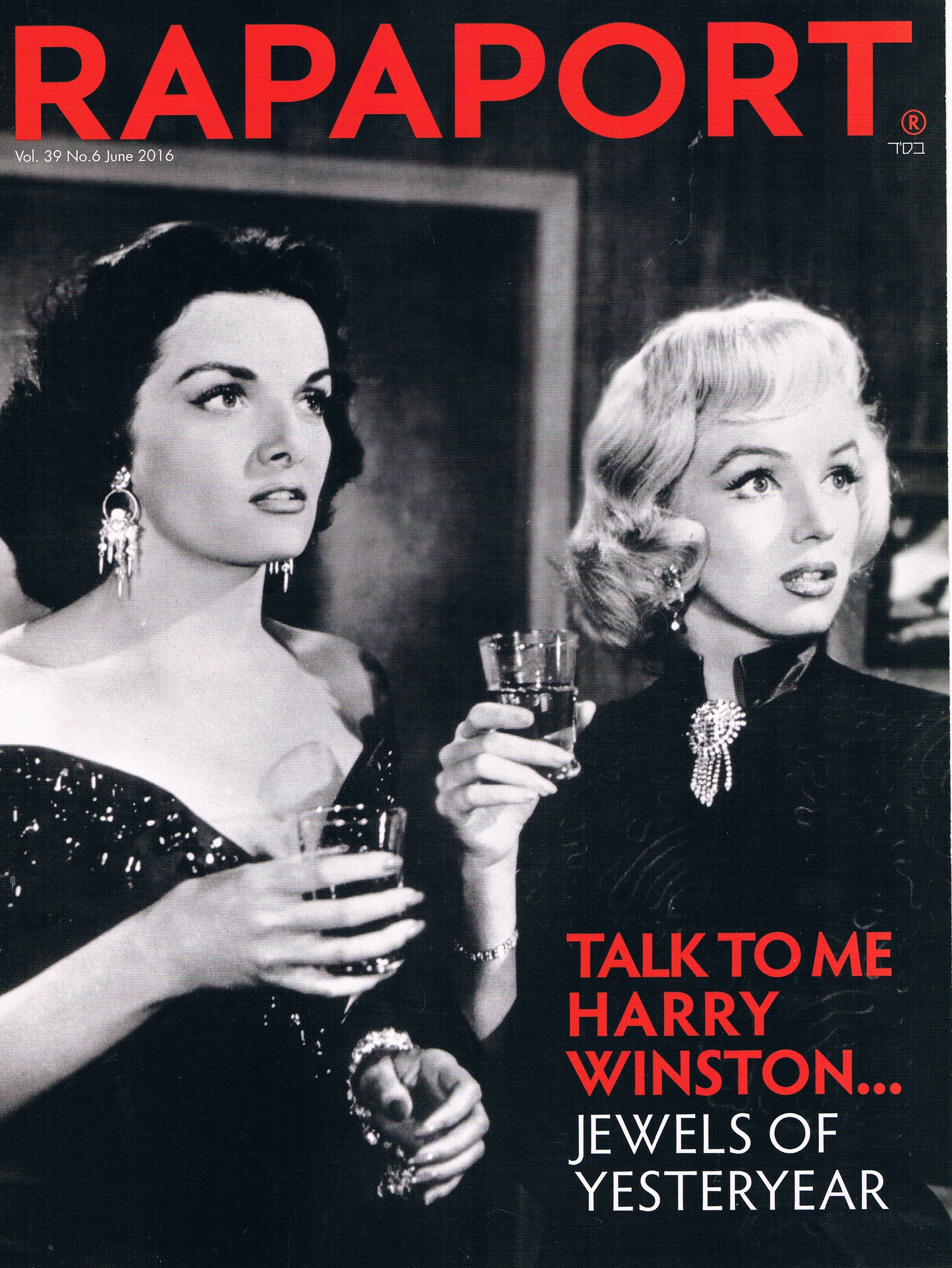 Since 1998, I’ve been active in quality of (and still am) Antwerp Correspondent of the New-York based magazine Rapaport Diamond Report, the leading publication dedicated to the global diamond industry.

Even though I’m enjoying all I do and the challenges I meet along my creative path, I don’t think I’ll ever quit this position of reporter (I mean as long as they’re happy with me!). I believe it’s a way of keeping close to my father and my grand father.

Hereunder you’ll find one of Marc’s more than 250 stories.

For several years now, the Antwerp Diamond Bank (ADB) has been in the process of either being sold or shutting down its operations. In September 2014, the bank announced that no buyer had been found and it was closing. It was devastating news for the industry. An estimated one-third of Antwerp diamantaires were financed by ADB, which was the only lender solely dedicated to the diamond industry.
“Nobody believed in a million years that they’d really close down,” said a diamond manufacturer. “And even today, many of us still don’t believe it.”
There are basically two kinds of ADB clients: those who have credit lines and negotiated repayment terms of one to five years or more and those who were just account holders at ADB. The approximately 400 companies that were account holders only will have to close their ADB accounts by the end of April 2015.

EASIER SAID THAN DONE
It’s a fact that Belgian banks systematically refuse to open accounts to diamond companies. One reason is the extensive media coverage that portrays diamantaires as less-than-worthy borrowers with little transparency in their business dealings, unreliable cash flow and low profitability.
In order to help the trade with the problems caused by ADB closing, the Antwerp World Diamond Centre (AWDC) organized a banking information session on March 3 in the bourse. At the meeting, AWDC reported that over 250 attendees expressed their concerns, the large number testifying to the importance of the issue among the trade.
To help with the transition to a new bank, meeting attendees received a USB flash drive containing required paperwork for opening an account and a step-by-step guide to obtaining the needed documents from ADB to apply for a new banker. Furthermore, a banking help desk was set up for the trade at AWDC.

THE ICICI SOLUTION
India-based ICICI Bank reportedly is prepared to open 450 new accounts for diamond traders at the rate of 150 per month. Initially, diamantaires had misunderstood that only 150 of them would be eligible for a new account, leaving 250 former ADB customers with few options. All that is required is that diamantaires visit ICICI and open the accounts. As of press time, AWDC said only 38 traders have applied for an account at ICICI.
“Considering the urgency of finding new accounts, we find this figure surprisingly low,” said Ari Epstein, chief executive officer (CEO) of AWDC. “We strongly urge people to use the documents we have provided, which will enable them to continue to do business.”
There were some complaints about the fee structure at ICICI. One ADB client told Rapaport Magazine that “$50 for each in-or-out transaction is a lot. Just think, if you do a $2,000 deal, the fees could eat up all the profit.”    There were also complaints that ICICI appears to be understaffed and poorly structured.

WHERE SHOULD DIAMANTAIRES GO?
Alain Zlayet of Zlayet & Sons Diamonds, who has been an ADB client since 1994, said, “Relations with ADB were always excellent.” When a Shanghai-based investment group was in negotiations to buy ADB, talks that eventually fell apart, he said, “We truly believed we had a winner. All credit clients were promised a tailor-made exit strategy, and this is exactly what was done with us. They gave us all the time we expected to need to make the shift. Fortunately for us, we had a credit line. But for those who only had an account, things were really dramatic. One of my friends, for example, applied for an account at no fewer that eight other banks with negative results. Many of us are under the impression that we’re being expelled from Belgium in our quest for an account.”
Ayelet Lerner of Lerner Diamonds and spokesperson of the Young Diamantaires Club, urged her fellow diamantaires, especially those with only ADB accounts, to open accounts at ICICI immediately. She admitted that frustrations in the market are running high but emphasized that it is important that every company stay focused and proactive about the steps they need to take. “We will continue to insist on progress updates and consistent communication between the AWDC and the diamond community of Antwerp,” Lerner said.
Frank Bakkovens of the Panis accounting firm reminded diamantaires, “The existing companies have the right to open an account anywhere in the world. But transaction costs might be higher, and it might also not be easy to work through a foreign bank account. At present, it takes about two to three months to obtain an answer from the banks due to compliance regulations.”

Article from the Rapaport Magazine – April 2015.