The friendship between Olivier and I dates back some thirty years ago.

At that time, I was painstakingly attempting to develop CD-Roms together with one of his older brothers, Vincent. Meanwhile, Olivier was studying and drawing. As far as I can remember, he had his skills so much rooted in his soul. His father was himself a painter and a painting teacher, but Olivier was a master in the making. It took him a while and several comics to get eventually the recognition he deserved. And now, with his new series about a German soldier on the Eastern front, L’Armée des Ombres, he’s become one of the leading Belgian comics artist.

Over the years, Olivier has always been generously helping me every time he could. Most of the art covers of my short films, and definitely those of all my CD-Roms, are the result of his talent as a sketch artist and of his mastering of Photoshop and other specialized tools. And I’m not even talking about countless storyboards, thumb sketches etc…

I’ll never thank him enough. He was again the hand that helped me draw the robot Hal, who’s one of the main characters of my trilogy novel Mecha-Soul / L’Âme Mécanique.

As simple as genuine and brilliant, as you’ll discover in the video hereunder.

And further down, some of the color tests he made for my robot Glenn, back in 2006. 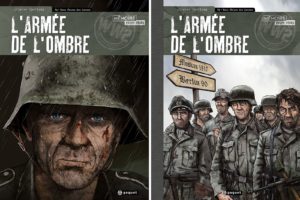 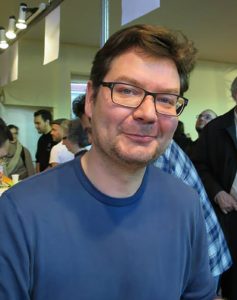 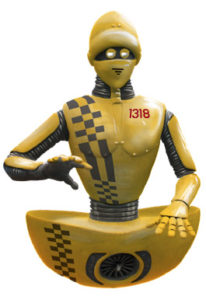 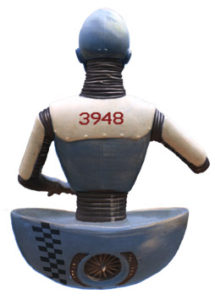