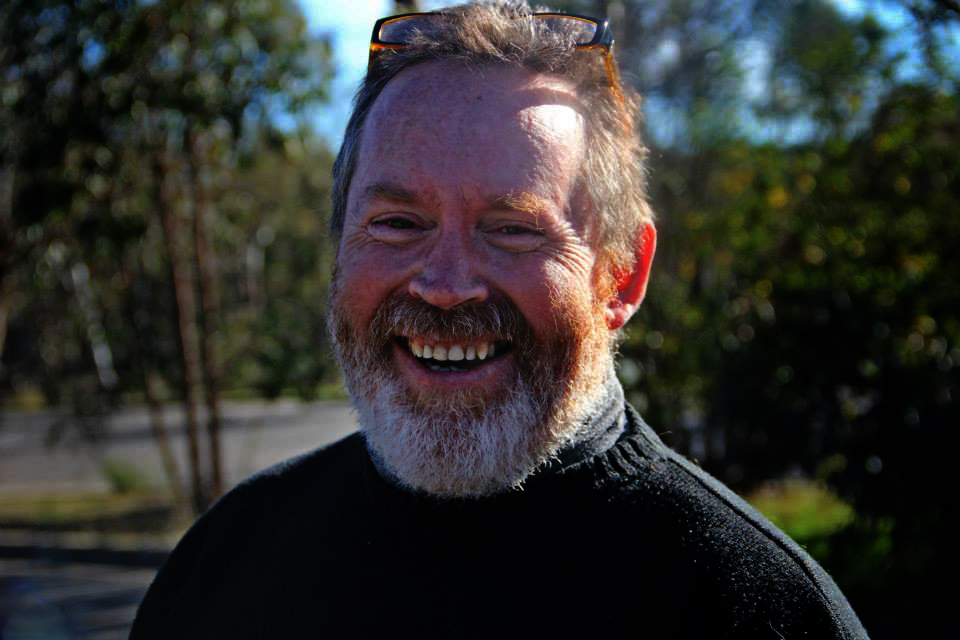 It’s been years now that I’ve been studying, learning and practicing the art of story telling. Like it is the lot of most of my fellow story tellers, writing had been mainly a solitary job. Even my family and my friends would have difficulties supporting me in those tormented periods. Because most of the time, they couldn’t see what I’d see; what I’d imagine. But life is fair and one day, when I was doubting I should go in, I was incredibly lucky of meeting Les Petersen. Not only did he help me rewrite and complete my feature film The Droid, but I was fortunate enough to be able to write with him a feature film screenplay entitled Eli and the Tin Man.

Far beyond the story itself, I discovered the immense pleasure of writing with Les. He’s a wonderful man, a real Master in the arts of storytelling. I’ll never thank him enough for having a chance of working with him and even more so of being his friend.

And for all that I’ll be eternally grateful to life.

The screenplay is now open for production.

Eli and the Tin Man.

by Les Petersen and Marc Goldstein.

Twelve year old Eli has a sad secret that she cannot bear to share it with her family, which is slowly being pulled apart by the accidental death of her younger brother, Zacharie. Gabriel, her father, works late at the crash test facilities of a large automotive company and Hanna, her mother, manages a small second hand store in town. All Eli has is her obsession to go back to the seaside where her brother drowned and the constant counseling sessions with a psychiatrist.

But life takes a drastic turn when Eli fixes a magical music box that  brings to life one of her father’s crash test dummies and also one of her brother’s teddy bears. These two beings are two parts of a single person, a magician trapped in the music box because of his uncontrollable rage. Crash, the Crash Test dummy, is subservient and caring. On the other hand, Mr Burr, the teddy bear is full of the anger and he plots vengeance on Eli for bringing him to life. He steals the music box and hides it within the pocket sew inside himself, and, pretending to be there to help her, entices Eli to come with him to the coast.

In a series of events, where the bear proves himself to be dangerous, Eli realizes that Mr Burr is duplicitous and when he alerts the family that Eli has a secret, she forces Crash to do something to help. He escorts the family to the seaside, because there they will be able to sort out the trouble. In a funny episode, the family learns that Crash has a magic word that activates his power but it can sometimes get out of control.

They do not realize that Mr Burr has stowed away on their van when they are travelling so as the trouble builds to a head, the bear reveals himself and lays down an ultimatum. Either Eli gives up her secret or he will destroy them all with Dark Magic. Forced into a corner, Eli finally admits what had happened a year ago – that she had thrown the toy bear (Mr Burr) into the ocean and her brother had gone to retrieve it and had drowned, even though she had tried to save him. Crash reveals that he can use his magic to return to the past and the family realize they can go back in time to save Zacharie.

When her parents forgive her, the bear is not satisfied – he feels he is the victim of Eli’s anger. He unleashes his Dark Magic. Eli knows the bear must have a magic word too, and she figures it out and using it, is able to get the music box out of the bear.  Released from the Dark Magic caused by the corrupting influence of the music box, Mr Burr asks for forgiveness. As she does, Eli tells Crash to take them back into the past. Crash warns them but there is no way to return to the present time. They must live the time over again. The family accept that, and they travel back in time to where Eli can confront her past self and she saves Zacharie.

Reunited, the family are stronger for their trials, and Burr and Crash have both learn valuable lessons and become better for it. Crash and Burr head off for other adventures while the family live happily ever after.