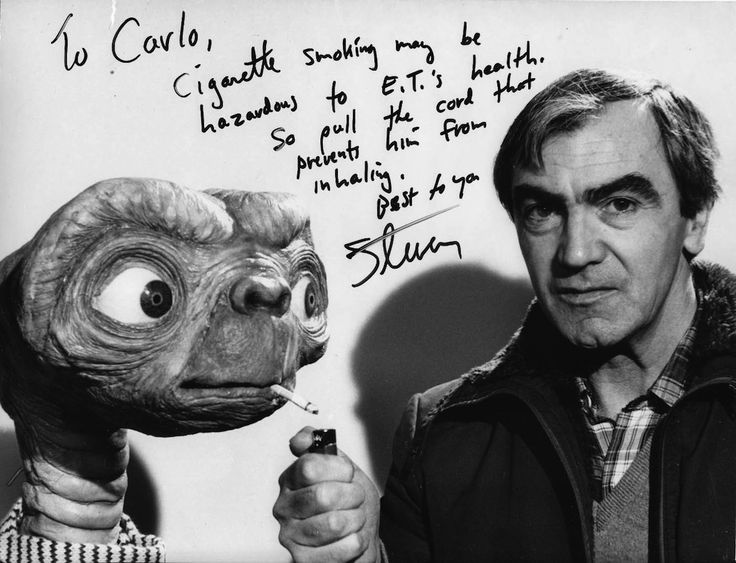 “I know I’ll be remembered for Schindler’s list and for E.T.”, said Steven Spielberg.

If among his some 25 feature films, anyone would be to pick up one single movie, they’d choose E.T. by far. This movie is just the essence of magic on film-stock. Jack Mener, Belgian cinema critic, who attended the film première in Cannes in 1982, told me “This was a surreal moment. Everybody was standing and by the time the first screening was over, we all knew the film had become a legend”.

From the moment the script was completed by Melissa Mathison (who in that time was Harrison Ford’s wife), the production had to find someone able to create the puppet and, even more important, to design it the way they wanted. E.T. would have to be original and still have all the emotional characteristics aimed at making it a lovable creature.

They turned to Carlo Rambaldi, who was an expert in special mechanical effects. As he explains briefly in the short interview of him displayed hereunder, Rambaldi would draw the first blueprint of E.T. according to the face of his cat, Kika.

It’s amazing, and comforting to realize that some of the greatest things ever created are not necessarily the results of inaccessible thought processes. On the contrary, the simplest ideas can be the best. It all depends on the way you fine-tune and adapt your idea, on the way you appropriate it to yourself.

If they could do it, why wouldn’t I be able to do it?

Not copy it, but just do it my way, through my vision.

This is why, after shooting my feature film Glenn, I started working on the designing and the sculpting of Pah, a little alien creature. But this will be the topic of a next post. So stay tuned and just watch following video. 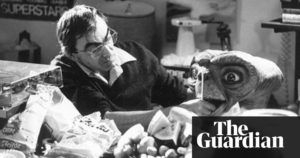 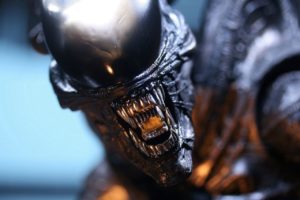