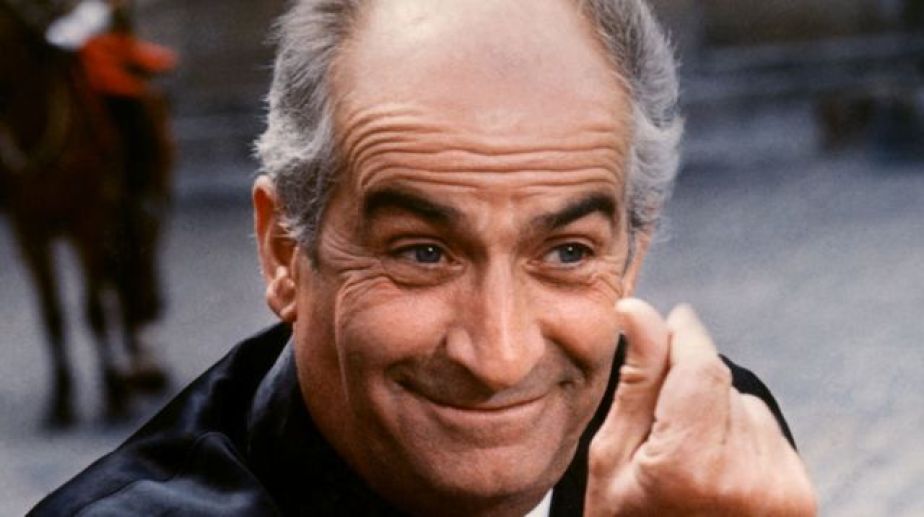 Beyond his unmatched ability to make people laugh, Louis de Funès embodies a feature that is terribly precious and dear to me.

As you’ll be able to watch in the first video hereunder, de Funès had a very special mother, a mother who had an unusual way of expressing herself. This very relation would be key to his future and immense popularity. The thing is that he managed to transform his youth experience into a gift that would make him a man apart. He kind of sublimated his relationship with his mother.

And I’m convinced that each one of us here, on this blue planet, has a gift of their own, a secret talent that’s just silently waiting to be revealed.

Every time I watch La Grande Vadrouille for example, Louis de Funès reminds me that everything we need to become who we really are, to blossom, is already inside of us.

To a certain extent, we’re all comparable to springs that are one way or another squeezed for a certain period of time during our youth, and then reach a stage where, mature enough, each one of us can let go and spread something unique to all around us and beyond. I can relate to that, definitely.

Now Enjoy hereunder an interview with Louis about laughter, then some samples of La Grande Vadrouille and, last but not least, further down, listen to him talking about his mother.