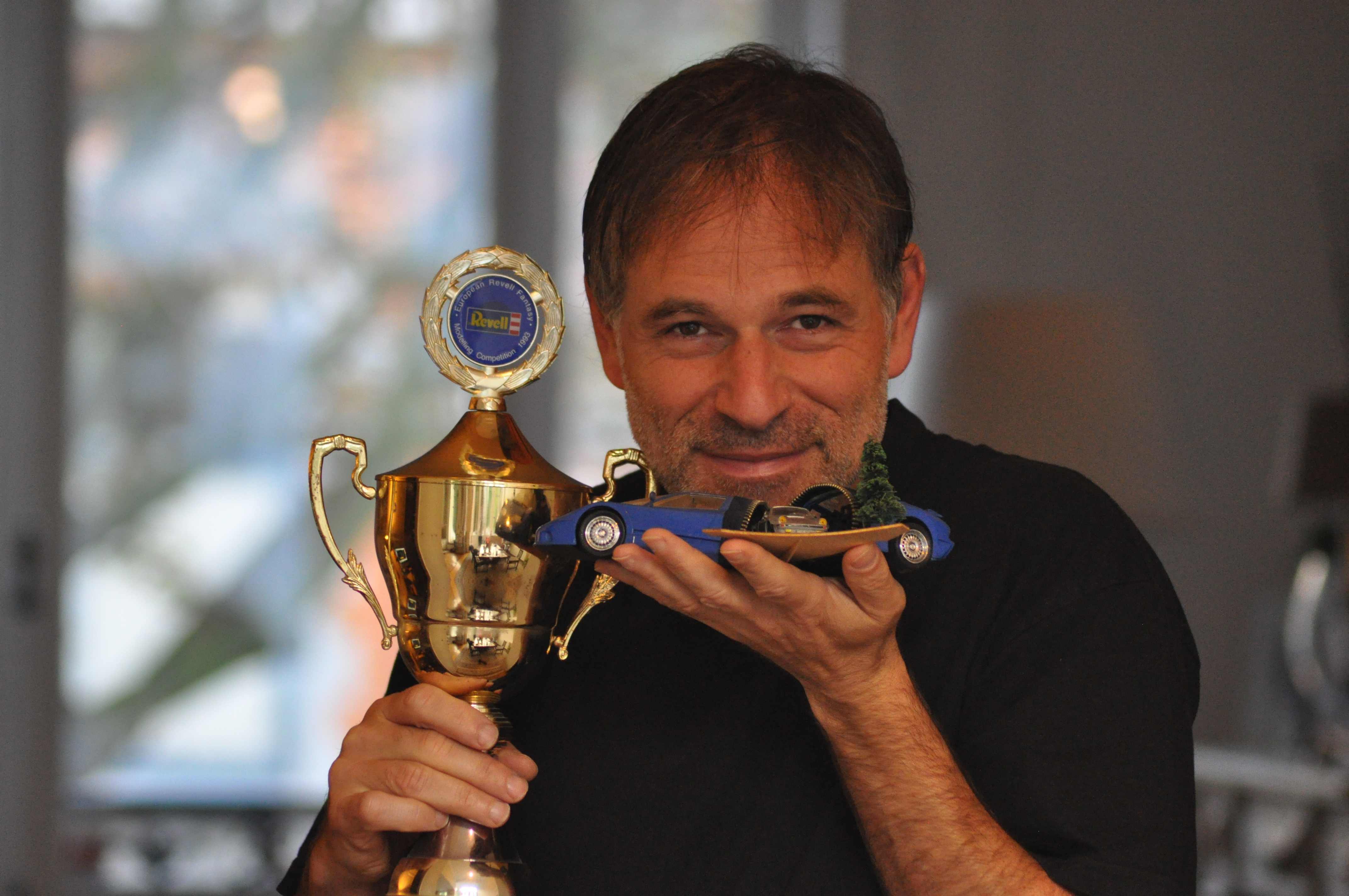 A couple of months after my father had passed away, I was 27 years old back then, I was used to wandering around a local square, called Stockel Square. I was broke and alone in my parents house. Instead of me leaving the house, eventually it were my parents who left me. All I could afford to pay in those times, was the heating of my room in this big house.

As usually, I was looking through the window of that toy and model shop, when I noticed an announcement. Model-kit brand Revell was launching a contest. I asked the shop manager what it was about exactly and he told me the contest had several levels. But first of all you have to pick (and buy) a model-kit among a short list. Then you build it and paint it to the best of your ability.

There was a deadline to bring the finish model, and then, the contest would start. The first step was to be the best of the shop participants. Then you had the best of Belgium, and eventually you could even get a try to the best of Europe.

I had enough experience in model making and painting to know that I wouldn’t be able to really create an outstanding look. This was no lack of confidence, but rather an objective look at the situation. First I wasn’t skilled or equipped enough, and second I didn’t really care about it.

However, I thought I could take the contest in a totally different angle. I chose an 1/18th car model. And I also bought a smaller car. My idea wasn’t to just build the car and paint it. Actually I did, but then I did saw it right in the middle. After that, I joined both pieces with a pant zipper. I built a small wooden access ramp. All was missing was a little tree and the Next Generation model was born. It wasn’t a model actually. It was a concept.

I had no clue as to the quality of my work. All I knew is that the painting job was acceptable, as was the building. A couple of weeks later, I received a big box by mail. I opened it and, on top of my prize check and my model, there were three cups. I had won the local shop trophy, the Belgian trophy and I ended 3rd at the European contest.

Having said that, it was really a mitigated success. I won more than I had hoped for, yes, but at the same time I was home alone and I didn’t have anybody to really share this with. All my friends were already working in traditional businesses, and nobody could understand that a guy with an MBA like me, would still be building model-kits. 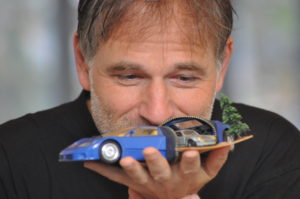 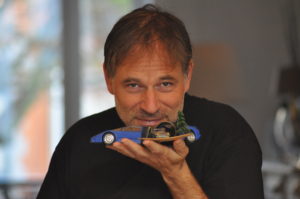 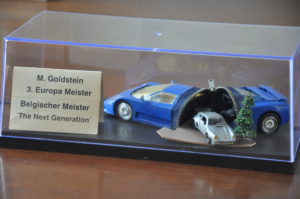