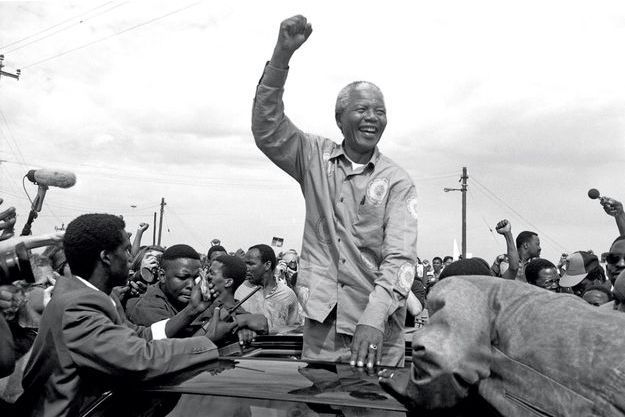 This post is a very personal one. It’s more kind of a reminder to myself, a milestone witnessing a personal breakthrough.

A couple of days ago, I browsed through the book Prison Letters of Nelson Mandela, I was in shock.

“I am convinced that floods of personal disaster can never drown a determined revolutionary nor can the cumulus of misery that accompanies tragedy suffocate him.”

Those letters were the ones he would be allowed to write, one every six months, during his 27 years of imprisonment in the South-African jails.

What struck me was the parallel I could draw between his lines and the feelings I’ve been through during so many years, while I was for so long under the yoke of my father.

I’m fifty and I just came to understand that I had been raised by a man who constantly abused his authority in all possible manners. Hence, I would suffer from a handicap I never suspected, until I incidentally discovered that book. I had so much distrust against people who could have even the slightest empowerment over me, that I barely never accepted to go work for other people. Consequently I learned everything the hard way, through my own mistakes. And worse, I cut myself from other people’s experience.

Only today am I beginning to understand that authority and power could be used with kindness and benevolence.

All that’s left now, is to find my own way of freeing myself from my prison and overturn all those years into something beautiful.

In the Jewish tradition, this is the essence of the Passover feast. It is said that each Jew should consider himself as if as he was among the Hebrews who were freed from slavery in Egypt. Why should a man of 2018 consider himself bound to such an old story? As a matter of fact, it’s a spiritual, a conceptual connexion. The very idea is that today, we’re all enslaved, or imprisoned somewhere. We all need to be vigilant and keep an eye towards delivering ourselves from our slavery. And the most vicious prisons are those that we aren’t even aware of.

Growing free is a lifetime job, but it accounts among the most rewarding endeavors ever.