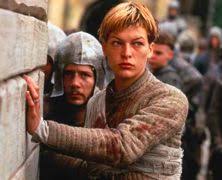 About fifteen years ago, I asked my brother in law, Jean-Claude Baumerder, who happens to be a very experienced film director,  to organize a meeting with his friend Stéphane Gluck.

Maybe the name of Gluck doesn’t ring any bell for you, but quantity of people have seen his work without knowing it. Stéphane has been for countless years the first assistant director of major film directors, among which Luc Besson or Alain Chabat. The job of first AD is of paramount importance on a film set. He’s the right hand of the director and, together with the director of photography and the set designer, they make sure the director’s vision get followed throughout the whole production process. Among the movies Gluck 1st AD’d are Joan of Arc, Arthur and the Minimoys, The extraordinary adventures of Adèle Blanc-Sec, Asterix and Obelix: Mission Cleopâtre, Taxi, Valerian and the City of a thousand planets…

So, I called Stéphane to make an appointment with him, which he granted me. I remember I carried the massive bust sculpture of ‘Pah’ (the creature I designed for my project Pah and the Singing Trees), which was heavy like hell and fragile as well. It was wrapped in two big plastic bags. Carrying it through the Paris underground was an epic story on its own, as I couldn’t afford to let it get broken. Once in the café where we had set up our meeting, I opened the bags and showed him the model.

Stéphane listened to me. He was impressed by my move, but he concluded explaining that he couldn’t do much for me as there was a reading committee at Europacorp, who’d green light the movies to be made.

Having sais that, Stéphane’s has an exquisite sense of humour, I’ll never forget the welcome voice of his phone messenger. You could hear French actor Jamel Debouzze welcoming you while at the same time, making sure you’d laugh a great deal before recording any message.

I wish I could give you Stéphane’s mobile number…

NB: Stéphane appears at the 27th second of the following video: 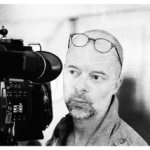