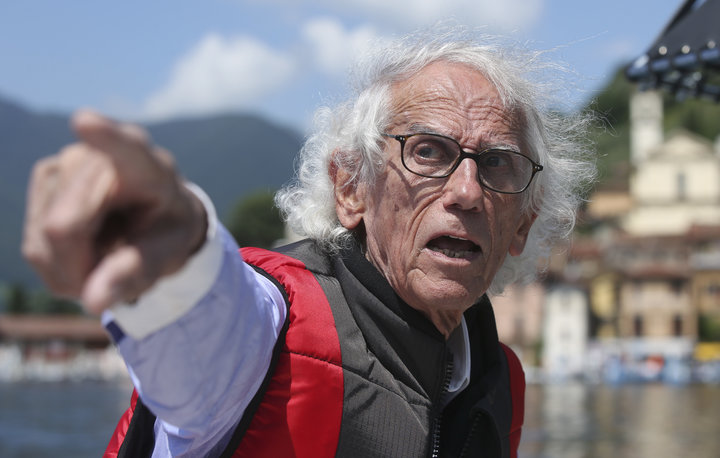 Christo Vladimirov Javacheff and Jeanne-Claude created together environmental works of art. They were born on the same day, June 13, 1935. The former comes from Gabrovo, Bulgaria, and the latter was born in Morocco. They first met in Paris in October 1958 when Christo painted a portrait of Jeanne-Claude’s mother. They then fell in love through creating art work together.

Their works include the wrapping of the Reichstag in Berlin and the Pont-Neuf bridge in Paris, the 24-mile (39 km)-long artwork called Running Fence in Sonoma and Marin counties in California, and The Gates in New York City’s Central Park. (source wikipedia).

As a matter of fact, I don’t know to what extent I really appreciate Christo’s work or not. It’s definitely intriguing, however it’s not necessarily his work that I admire most in him (in them actually!).

In my opinion, Christo’s most precious talent, before all artistic ones, is his resourcefulness.

Can you imagine that this man came up one day with the idea of wrapping islands and monuments with pink and blue cloths. These were totally ephemeral titan’s works and yet he did find ways of convincing people, cities, governments, and countries to participate… and  finance it.

I think it was Walt Disney who said that, what a man could imagine and really see, he could create.

So when I’m in despair or when I doubt myself, one way of getting myself together is reminding myself of his work and remember that he too started from scrap. 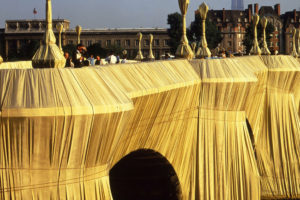