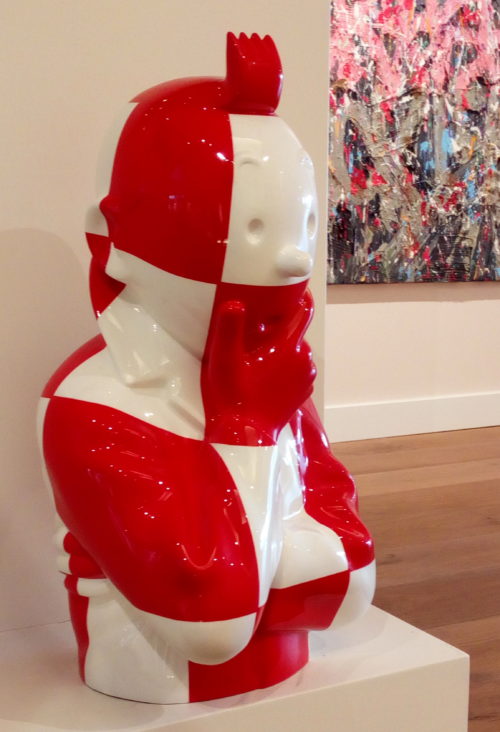 A couple of years ago, I met Sebastien Lamy, a very beautiful person, Head of La Superboîte, a Brussels based marketing company.

I was looking to hire a marketing agency that could help me set up a plan to reach out to the major French publishing houses. The idea was, instead of simply surface mailing my book The Dream of the Mecha-Soul / Le Rêve de l’Âme Mécanique (which I had done anyway in the first place, without any concrete result hitherto), to make sure we’d get all the attention we needed from the publishers.

Sebastien and his team did a splendid job. First Seb read through the whole 600 pages of volume 1, and then they came up with several marketing ideas I could pick from. His favorite would be a regular shipment of clues (as pictured hereunder) destined to arouse the curiosity of the editors.

Eventually, I opted for another approach, through a literary agent.

But it’s only recently that I came to understand the full extent of what was really underlying this apparently clever endeavor. At first glance, one could think that hiring a marketing company was a smart move, and it can be, but in that particular moment, it turned out to be nothing less than a sophisticated trick of the mind. Indeed, this actually meant that I was so unsure about the value of my creation, that I had to rely on the creativity of others to reach out to publishers. Even Tintin would be confused!

Our actions definitely matter when it comes down to reaching a goal, but the decisive factor will always be our underlying intentions behind them.  But the good news is that there’s no such thing as a failure: either you succeed, or you learn!

PS: The featured picture of Tintin was taken by Marc Goldstein in a gallery in Knokke.