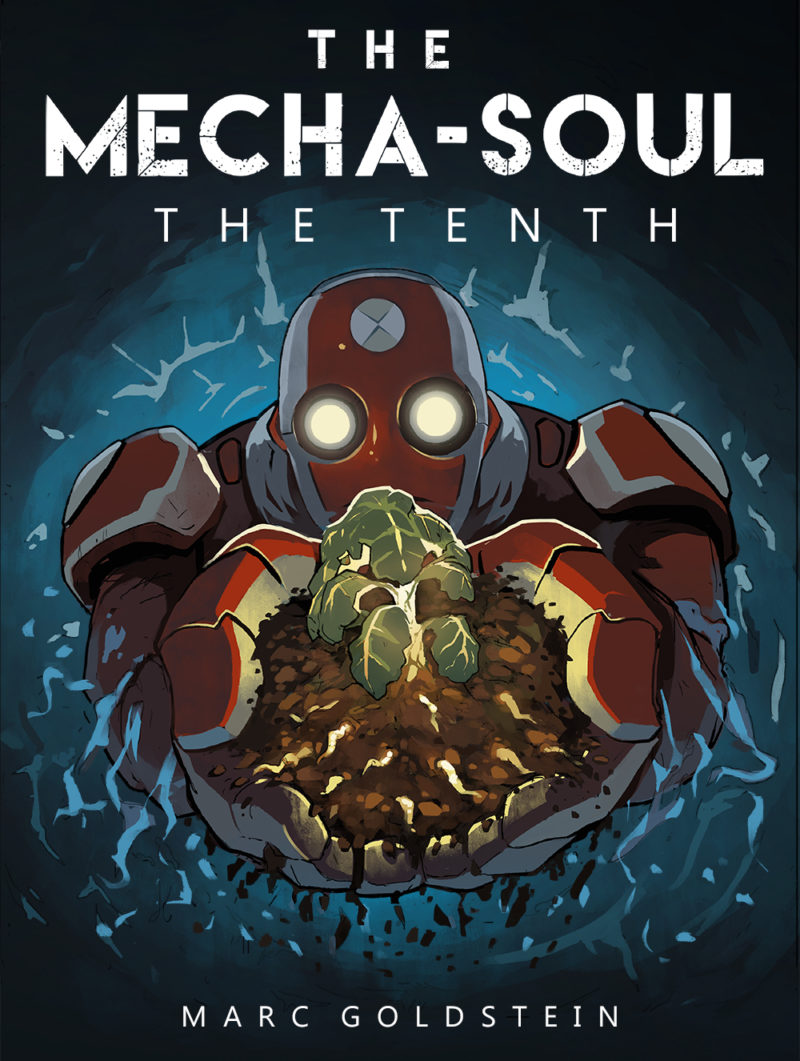 This was this the third major step of the cover creation for the Volume 1 of my trilogy novel The Mecha-Soul/L’Âme Mécanique.

Upon receiving the new draft, which is featured in this post, given I was in a restaurant filled with people, I took the liberty to go with my lap-top to a table where about twelve people were gathered and I asked them to tell me what they would see on the picture. I insisted there was no trick. Just tell what you can see.

Some saw a robot holding a plant and some earth, but half of them spoke of some kind of a crab or a mechanical crab holding a salad. Once I told them what it was exactly, they all got it, but those who experienced difficulties in getting it in the first place continued to say that without my explanation, they’d have passed it by!

As far as I was concerned, personally, I thought we lost some of the mystery of the image because this version reveals too much of the robot’s face, compared to the previous ones.

I’d have to get back to my sketching artist and explain him where the problem lied.

Here under a video of the making of this new version