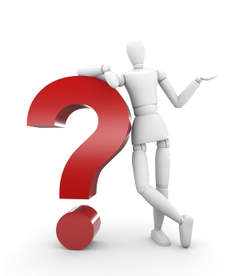 It’s been about three months that I’ve been away from posting anything.

First, I wasn’t sure I was really bringing any added value to you all. Was I really or was it just an ego trip? The answer came through some comments I got from people who used to like my posts and enjoy them, and who are missing them. So I decided to give it one more shot.

Secondly, I had to continue writing The Mecha-Soul trilogy and overcome some major challenges.

Indeed, at the turn of year 2018-2019, I was struck by an epiphany. Thanks to my nephew Anastase and my long time friend Muriel, I realized I couldn’t escape to face a major question: what’s my universe exactly about? While reading my books, people could indeed feel it but it was difficult for them to put words on it. And guess what, even though it made me feel extremely discouraged at first, they were absolutely right. If they couldn’t define clearly my universe, it was because I hadn’t done it my self.

So I worked hard and not only did I realize that what I always wanted to do was writing a mythology, which eventually I did. And at the same time I did find my edge, that is the concept that makes my story different from all others, not only visually, but most predominantly in essence.

My world is that of the power which lies within each and everyone of us. It’s about rediscovering the source of richness that lies in our hearts, finding the basic emotion that drives us and help us accomplish our dearest dreams. As would say Tony Robbins, deciding where to go is the easy part. The most important aspect of the question is to figure out why. Why? Because it’s the ‘why’ that contains all the emotions, the drive that empowers us to overcome all obstacles.

And guess what, the bonus is that now I understand why the publishing houses passed on the previous versions of my book. It was unaccomplished.

Doing so, I eventually understood to its fullest extent the essence of the famous book by Joseph Campell, The Hero with a Thousand Faces, published in 1949, which is marvelously summarized in the following French Speaking video.